3SGEOTECH performs the stabilization and revegetation works in the slopes located in “Peña del Cuervo” in the city of Santander (Spain). 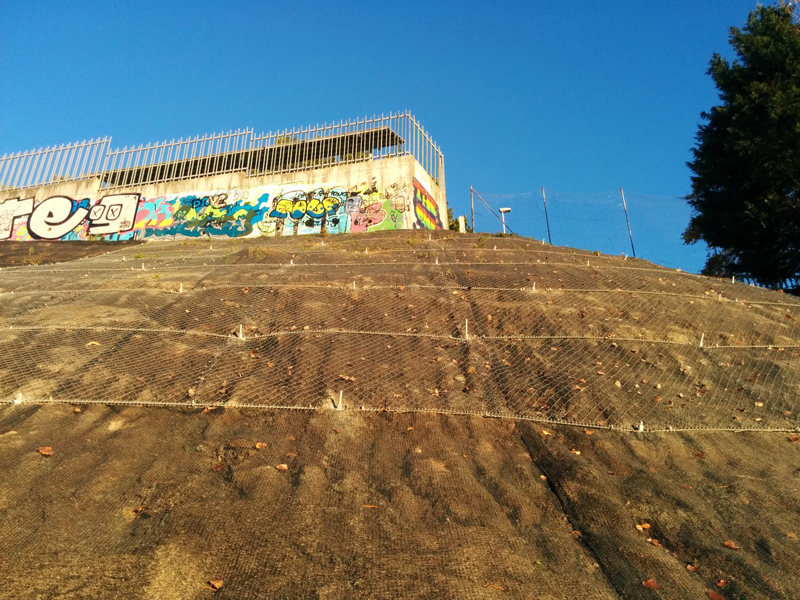 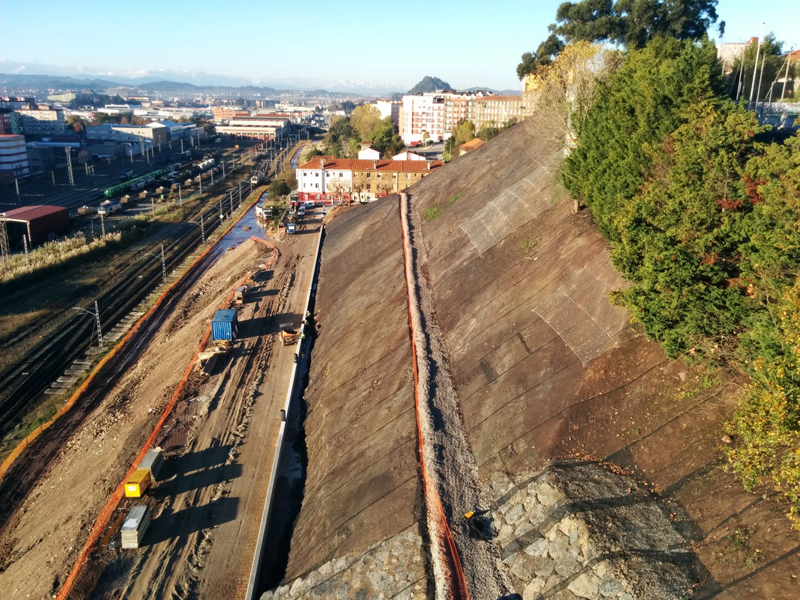 City council of Santander has awarded to COPSESA Company the construction contract to build the pedestrian route between “Peña del Cuervo” and Castilla Street in Santander (Spain).

In this way, COPSESA has contracted to 3SGEOTECH Company the stabilization and revegetation works in the slopes of “Peña del Cuervo”.

Works performed by 3SGEOTECH consist on the stabilization of slope unstable areas trough the installation of flexible systems composed by the high strength wire meshes type 3STUTOR® Plus reinforced with steel cables which is fixed to the soil by passive anchors. On the other hand, 3SGEOTECH has installed in all surface of the slope a three-dimensional propylene geogrid with the objective to prevent erosion effects and to improve the growth of subsequent hydro seeding treatments which will be applied on the slope.

3SGEOTECH’s works began along the month of September of this year, now works are in the last phase of execution and they will be finished at the end of this month of November.